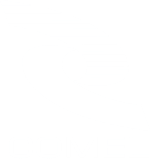 In June 2019, the COUNCIL of the EU adopted a mandate allowing the European Commission to negotiate an agreement on the sharing of electronic evidence with the United States, and in September 2019, representatives of the US Department of Justice and the European Commission agreed to start formal negotiations. When the CLOUD Act was first announced, concerns were expressed about how suppliers would comply with both the U.S. bill and the European RGPD. In an initial assessment of the impact of cloud legislation on the EU legal framework, Article 48 of the RGPD on non-authorisations of EU law on transmission or disclosure has been identified as the main point of conflict. The provision states that a foreign court decision would not be sufficient to make a transfer legal, except “on the basis of an international agreement.” Among the objectives of this agreement, set by the European Commission, is the improvement of legal certainty between the two legal systems and the possibility of transmitting electronic evidence directly on a reciprocal basis, in accordance with EU law. Therefore, the transfer of personal data by a gafa company to the U.S. authorities would not be consistent with the RGPD if it is based on a cloud Act guarantee and not on an international MLAT-type agreement, an international mutual legal aid letter or an executive agreement negotiated with the United States. Such a breach of the RGPD could result in a fine of up to 20,000,000 euros or, in the case of a company, up to 4% of the previous year`s global turnover. Given the magnitude of these sanctions, we can hope that the US courts will find that the principles of international coexistence exclude a company from violating the RGPD in order to meet its obligations under the CLOUD Act. First weakness: the lack of European sovereign clouds. Yet the subject has been on the table for at least 15 years: 15 years of hesitation, hesitation, lack of ambition and missing decisions. The European Union must allow each Member State to do so, but this is another area in which it has done nothing. France did not stand still because it tried to promote clouds of French sovereignty.

For lack of incentives, resources, continuity of effort, economic patriotism and, more importantly, conviction, there has not been much; Meanwhile, THE clouds of GAFA have conquered the market. Service providers have traditionally been reluctant to respond to data requests from a foreign government, fearing that they will violate national electronic data storage legislation.